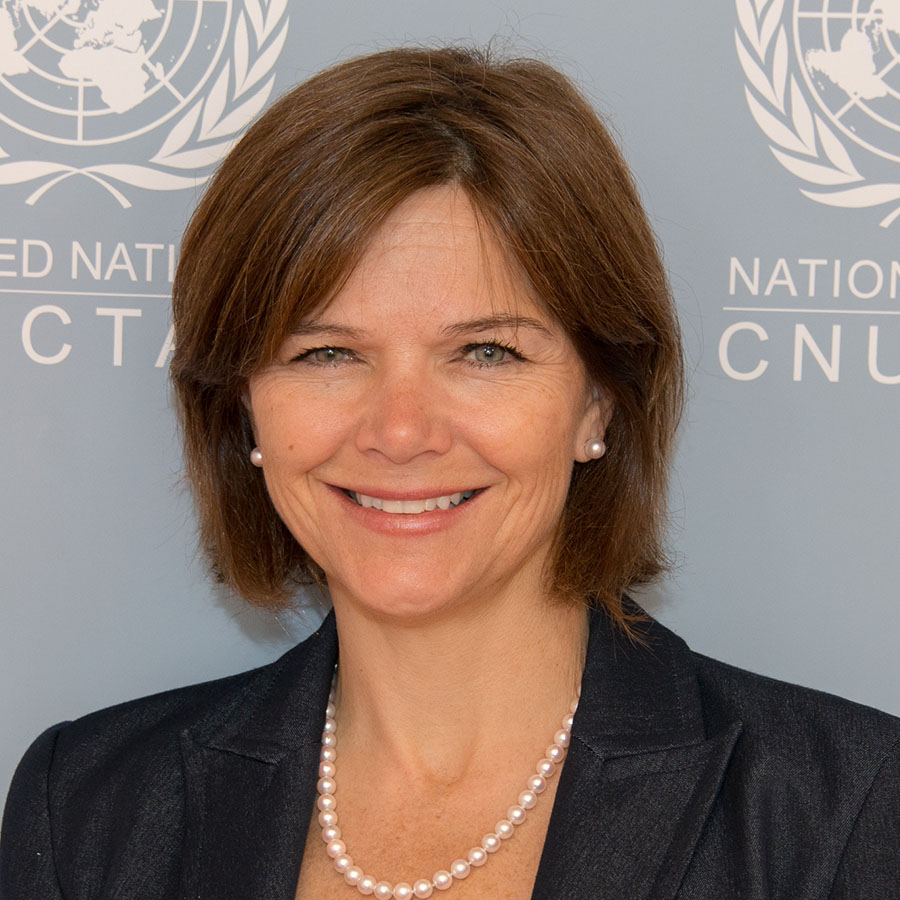 Dr. Chantal Line Carpentier, a Canadian citizen, currently serves as Chief of the United Nations Conference on Trade and Development New York office of the Secretary-General. Prior to 2014, she greatly enhanced the engagement of all non-state actors in the negotiations of the Sustainable Development Goals while at the UN Department of Economic and Social Affairs. Prior to joining the United Nations, she served as Head of the Trade, Economic, and Environment Program of the North American Free Trade Agreement (NAFTA) Commission for Environmental Cooperation (2000-2007), a policy analyst for the Wallace Institute for Alternative Agriculture (1998-2000) and a postdoctoral fellow for the International Food Policy Research Institute (IFPRI) in the Brazilian Amazon (1996-1998). She is a 2006 Yale World Fellow.