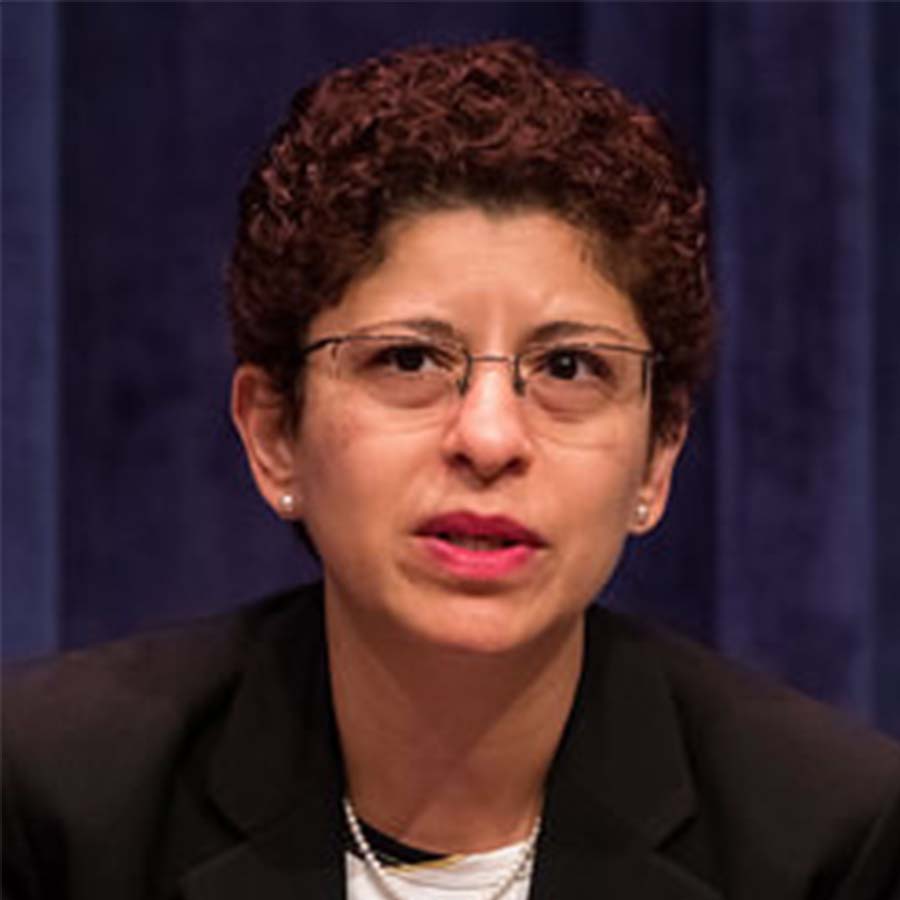 Dr. Azza Karam serves as the senior advisor on social and cultural development at the United Nations Population Fund (UNFPA), where she coordinates UNFPA-wide outreach with faith-based partners and chairs the UN Inter-Agency Task Force on Religion and Development. Before she joined UNFPA, she was the senior policy research advisor at the United Nations Development Program in the Regional Bureau for Arab States, where she coordinated the Arab Human Development Reports. With the support of the Ford Foundation, she founded the first Global Women of Faith Network during her tenure at Religions for Peace, while also advising on interfaith development work in Muslim-majority countries. During this time, she also served as president of the Committee of Religious NGOs at the United Nations.